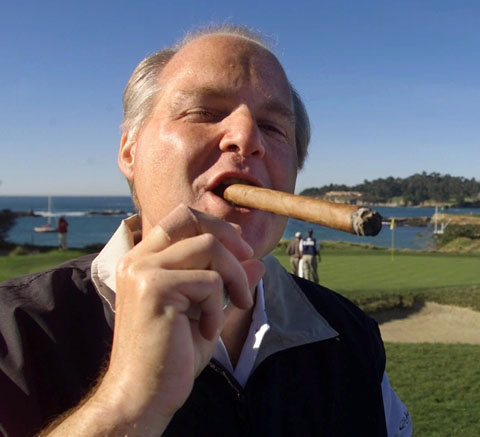 Last week, Rush Limbaugh told his diminishing radio audience that teenage boys today are having less sex because being gay is being portrayed in the media as “fun, hip, natural… you name it.”

On his radio show, Limbaugh says that although 30 years ago a fall in the number of teens having sex would have been seen as a good thing, in 2015 it’s a problem because we “have turned boys into…bullies…predators…or pajama boys.”

He concludes that confused teens will therefore choose to become gay because the “lifestyle” is constantly pushed at them.

I’ve personally never met a man (or teenager) who was truly straight say, “Hey, that gay stuff looks cool. Let me try some of that.”