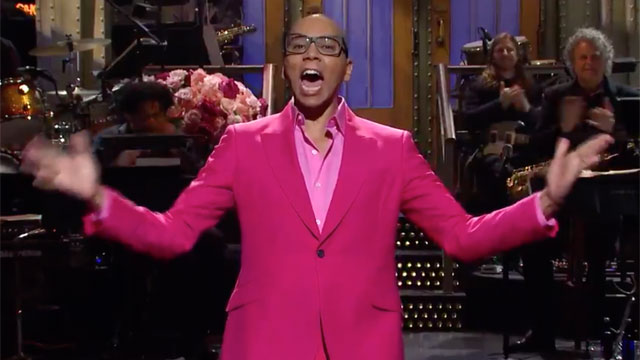 Was it the coronavirus pandemic? Social unrest across the country after the killing of George Floyd?

It’s not like Ru went into hiding. We’ve seen the drag star hosting his show and making a virtual appearance during the 72nd Primetime Emmy Awards to accept his 5th trophy for Outstanding Host for a Reality or Competition Program

At the time, no one seemed to know what or why the Supermodel of the World retreated from social media.

But now we know what brought him back to the Gram of Insta and Twitterverse.

The messages came just a day after Olivia announced the launch of the Olivia Newton-John Foundation which will “fund the discovery of kinder therapies and advocate for more effective ways to prevent, treat and cure all cancers.”

Olivia, who shared in recent years her breast cancer from 1992 had reoccurred, has said in interviews she’s interested in helping explore the science behind more plant-based medicine.

As fans of both stars know, Ru and Olivia have been friends for a long time.

Last fall, RuPaul attended Olivia’s charity auction at Julien’s where the Grease star put her famous black leather jacket and pants from the movie’s finale on the bidding block and garnered over $500,000 for charity.

Ru also traveled to attend the “Physical” singer’s opening night of her Las Vegas residency. And of course, ONJ has been a guest on The RuPaul Show, the web series RuPaul Drives…, and a guest judge on RuPaul’s Drag Race.

Here’s hoping this is just the beginning of RuPaul’s return to social media.