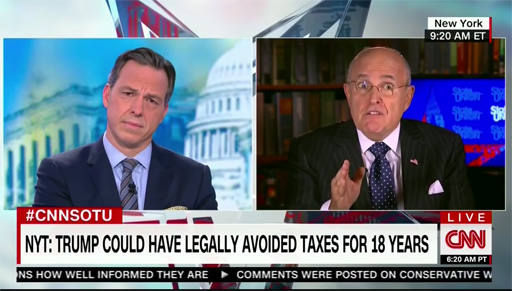 Watching Rudy Giuliani on CNN’s “State of the Union” this morning was an adventure in twisted logic.

CNN’s Jake Tapper attempted get straight answers from Giuliani regarding the latest Trump bombshell concerning his income taxes via the New York Times, but to little avail. Giuliani appeared a bit wild-eyed at times trying to get his approved “talking points” across.