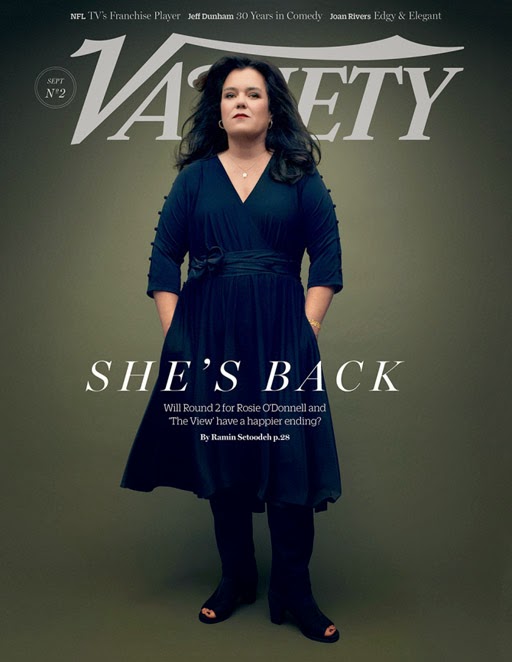 Rosie is back, and The View’s got her. Again.

Rosie talks to Ramin Setoodeh about returning to the gabfest after her famous exit from The View in 2007.

The colorful and outspoken comedian will board the Hot Topics table for the show’s 18th season premiere Sept. 15. It’s a big gamble, which O’Donnell herself acknowledges — she signed only a one-year (albeit multimillion-dollar) contract so she can bail if the show devolves into another train wreck. If it works, she’ll be daytime’s new comeback kid at 52.

“I think it’s going to be must-see TV,” O’Donnell says over a plate of cookies at Sarabeth’s on a New York afternoon. “My goal is to come in peace. And the contrast between what the show will be and what it was is going to be glaring.”

Interestingly, the new panel of co-hosts met for the first time this week – only a week before going on the air.