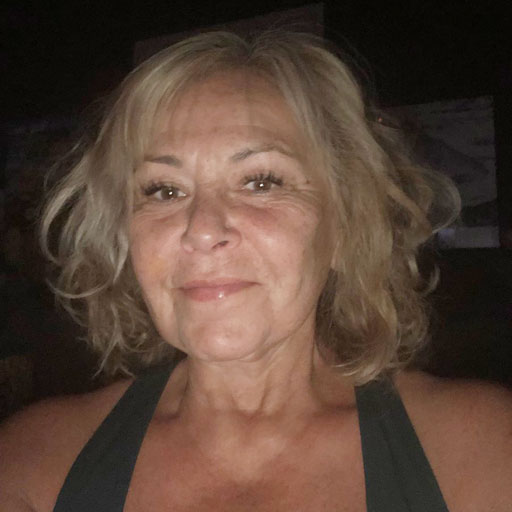 During a conversation with Rabbi Shmuley Boteach for the conservative “Promised Land” podcast, Roseanne Barr revealed she’s planning to leave the United States for Israel before the premiere of the ABC spinoff sitcom, The Connors.

Shmuley didn’t shy away from the upcoming premiere set for October 16 on ABC.

The New York Daily News reports the Rabbi asked point-blank if she planned to watch the “revised version” of her now departed sitcom.

“You know, I have saved a few pennies and I’m so lucky that I can go,” she added. “It’s my great, great joy and privilege to be a Jewish woman.”

The comedy star also shared that staying in the U.S. for the premiere and seeing the media’s response could “tempt” her to make a controversial comment about the spinoff, especially if she “has too many drinks.”

Barr did offer this comment regarding The Connors: “I’m not going to curse it or bless it. I’m staying neutral. That’s what I do. I’m staying away from it. (I’m not) wishing bad on anyone, and I don’t wish good for my enemies, you know. I don’t. I can’t. I just stay neutral.”

Barr also admitted to “some mental health issues of depression and stuff,” during the chat. Alluding to personal demons, she explained, “I got to stay in the middle or I’ll go dark, and I don’t want to go dark again.”

In a recent tweet, Barr told fans that she’s “got new Dr.’s and am doing better now.”

got new Dr.’s and am doing better now. Thanks everyone! pic.twitter.com/XT57DBrzBs

The reboot of Barr’s hit sitcom, Roseanne, was summarily cancelled after one season in the aftermath of racist tweets by the 65-year-old comedienne about former White House advisor Valerie Jarrett. In the tweets, which Roseanne later blamed on “Ambien-tweeting,” she compared Jarrett to an ape.

She denied any racist overtones claiming, “I thought the b—h was white.”

ABC decided to revamp the reboot one more time, this time without Barr. In order for the project to move forward, however, Barr was required to sign away any rights to future royalties of the new show.

In an interview last week, actor John Goodman shared that Barr’s character will be killed off in the new spinoff.