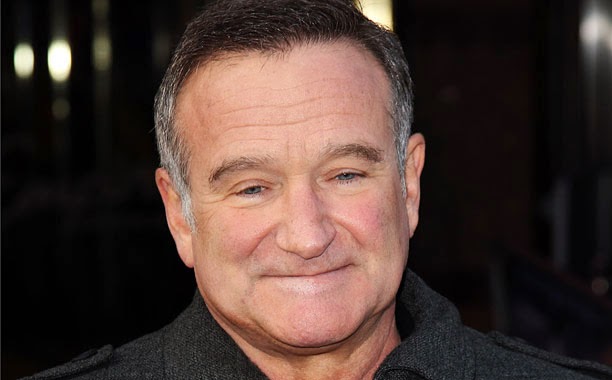 “No matter what people tell you, words and ideas can change the world.” – Robin Williams in Dead Poets Society

A preliminary investigation identified the cause of death suicide due to asphyxiation.

“A comprehensive investigation must be completed before a final determination is made. A forensic examination is currently scheduled for August 12, 2014 with subsequent toxicology testing to be conducted,” the sheriff’s department said.

Mara Buxbaum, a representative for Williams, released a statement Monday afternoon: “Robin Williams passed away this morning. He has been battling severe depression of late. This is a tragic and sudden loss. The family respectfully asks for their privacy as they grieve during this very difficult time.”

“This morning, I lost my husband and my best friend, while the world lost one of its most beloved artists and beautiful human beings. I am utterly heartbroken. On behalf of Robin’s family, we are asking for privacy during our time of profound grief. As he is remembered, it is our hope that the focus will not be on Robin’s death but on the countless moments of joy and laughter he gave to millions.”

Williams won the Academy Award for Best Supporting Actor for his portrayal of Dr. Sean Maguire in Good Will Hunting.

Williams, along with Whoopi Goldberg and Billy Crystal, was also responsible in great part for Comic Relief. Founded in 1986, the charity holds concerts and variety shows to raise money to help the homeless.

Very sad to hear about Robin Williams. He brought so much laughter and joy into this world. You will always be remembered as a legend. RIP
— Ellen DeGenres (@TheElIIenShow) August 11, 2014

We mourn the loss of our friend Robin Williams, who always made us laugh and smile. pic.twitter.com/UOY8LTjVRA
— Sesame Street (@sesamestreet) August 11, 2014