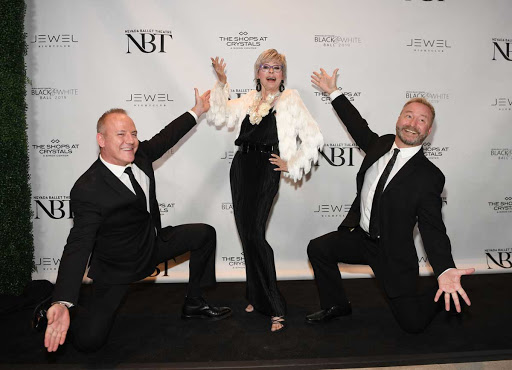 I’m not sure there’s any more room left on Rita Moreno’s mantle.

The EGOT – winner of Emmy, Grammy, Oscar and Tony Awards – will soon become a PEGOT.
On Thursday, the Peabody Awards Organization announced it will honor Moreno with a career achievement award

She is only the third PEGOT, joining Barbra Streisand and film director Mike Nichols.

She is the first Latina to achieve the status.

So proud to be the first Latino recipient. https://t.co/U7H5gluFgr

This is only the second Peabody Career Achievement Award to be bestowed. Comedian Carol Burnett was first in 2018.

Moreno, who gained widespread fame in the film “West Side Story,” will be honored at the Peabody Awards annual gala in New York City on May 18.

“Rita Moreno is a unique talent who has not only broken barriers, but whose career continues to thrive six-plus decades after her acting debut,” Jeffrey P. Jones, executive director of Peabody Awards. “We are delighted to celebrate her many contributions to entertainment and media, as well as her passion for children’s programming and important social issues.”

Most recently, Moreno starred in three seasons of the popular Latino remake of Norman Lear’s classic sitcom, “One Day at a Time” on Netflix, which was nominated for a 2017 Peabody Award, She also signed on to be an executive producer in Steven Spielberg’s remake of West Side Story — a film in which she is also co-starring.

Moreno has also received other prestigious awards, such as The Kennedy Center Honor for her lifetime contributions to American culture and the Screen Actors Guild Life Achievement Award.