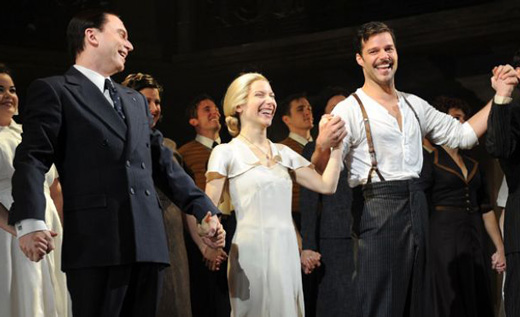 After helping make the show a hit, Ricky Martin will be leaving Broadway’s Evita at the end of January.

Martin, who plays Che, will join the musical’s two other leads in
departing the show; all will be replaced. Martin’s final performance is
January 26.

The pop star signed a deal to star in his own television show and is
also considering going back to the studio, as well as writing a
children’s book. Read more here.