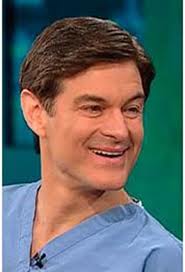 A controversial “Dr. Oz Show” episode has sparked the ire of the nation’s most high-profile lesbian, gay, bisexual and transgender (LGBT) advocacy groups for promoting the “dangerous and harmful practices” of reparative therapy.

The episode, which aired Nov. 28, debated the merits of so-called reparative, or “ex-gay,” therapy. Among the featured guests was Julie Hamilton, a representative of the National Association for Research and Therapy of Homosexuality (or NARTH) which has routinely been at odds with American Psychiatric Association and other scientific organizations.

In a blog post on his website, Oz defended Hamilton’s appearance, saying that he “felt that we needed to include all parties who have considered reparative therapy to hear the stories of people who have tried these treatments. Although some viewers may disagree with this tactic, if we want to reach everyone who might benefit from understanding the risks of this therapy, you have to present multiple perspectives.”

He then went on to note in the blogpost:

“After listening to both sides of the issue and after reviewing the available medical data, I agree with the established medical consensus. I have not found enough published data supporting positive results with gay reparative therapy and I have concerns about the potentially dangerous effects when the therapy fails, especially when minors are forced into treatments.”

GLAAD, GLSEN, and PFLAG yesterday a joint statement denouncing the show for its handling of the topic. An excerpt:

Producers of the Dr. Oz Show framed their program on so-called reparative therapy in a way that provided a lengthy platform for junk science.

The first two segments of the show featured two proponents of so-called reparative therapy, neither of whom was challenged, at any point, by Dr. Oz or any guests. These two “ex-gay” activists, however, were invited to stay and rebut statements by opponents throughout the rest of the program.

NARTH representative Julie Hamilton was introduced by Dr. Oz as an “expert” and spoke to countless parents and youth in the audience, as if NARTH’s work and practices represent legitimate and acceptable medical practices.

Producers held conversations with GLAAD, GLSEN and PFLAG National leading up to the episode, but did not disclose that a representative of NARTH would be featured.

Although the show also featured guests who condemned the idea and practice of “reparative therapy,” Dr. Oz himself never weighed in, and the audience was misled to believe that there are actual experts on both sides of this issue. There are not.