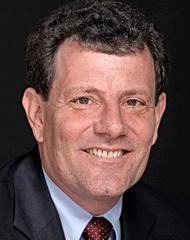 From the New York Times: Very interesting essay today in the New York Times by Nicholas Kristof. In it, he points out a nation that lives many of the ideals we see espoused by Sarah Palin and John Boehner. Can you guess the country?

It has among the lowest tax burdens of any major country: fewer than 2 percent of the people pay any taxes. Government is limited, so that burdensome regulations never kill jobs.

The budget priority is a strong military, the nation’s most respected institution. When generals decide on a policy for, say, Afghanistan, politicians defer to them. Citizens are deeply patriotic, and nobody burns flags.

So what is this Republican Eden, this Utopia? Why, it’s Pakistan.

Read the rest here. Very interesting as he describes how the Pakistan wealthy take responsibility for their lives while not having to responsible for the poor.