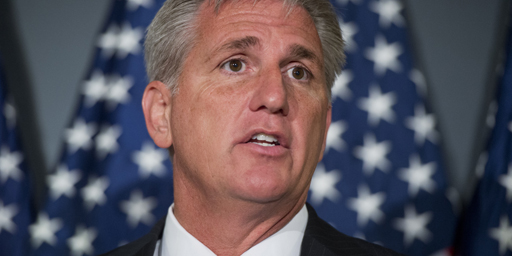 Rep. Kevin McCarthy, who last week made a stunning political gaffe by admitting the House Benghazi Committee was created to take down Hillary Clinton presidential candidacy, has just announced he is dropping out of the race for Speaker of the House.

Up to now, it was a fairly foregone conclusion that McCarthy would succeed John Boehner as Speaker. But his admission last week to Fox News’ Sean Hannity created a political firestorm for him.

Speaker of the House John Boehner has now announced the election to replace him will be postponed.

UPDATE: McCarthy shared at a press conference that “We need a new face.”

When asked if his statement regarding the Benghazi investigation last week hurt his chances to become Speaker, he replied, “Well, it wasn’t helpful.”