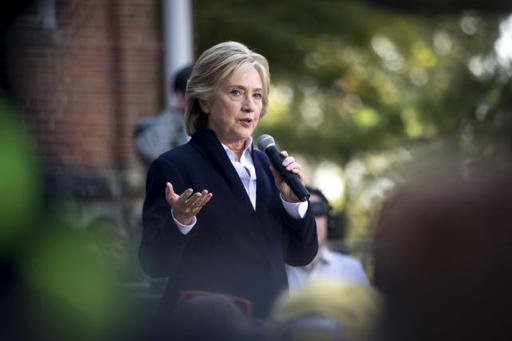 At a campaign appearance at Cornell College in Iowa, Democratic front runner Hillary Clinton was asked “What would you do about somebody if they were to do something like what Kim Davis did recently?”

The question, of course, was in reference to the rogue Kentucky County Clerk who refused to follow the recent SCOTUS ruling on same-sex marriage and issue marriage licenses to same-sex couples.

This was her answer:

“I think what happened to Kim Davis was the right thing,” Clinton replied. “She violated the law, and therefore she was arrested. And when she was released, she had to agree that she would not stand in the way of doing her public duty under the Constitution.

“So I actually think that she was treated as she should have been treated,” Clinton continued, before affirming that “people are totally entitled to their personal, private beliefs.”

But that entitlement doesn’t give anyone, especially elected public officials with a taxpayer-funded salary, the right to disobey the law of the land, Clinton added.

“When you take an oath to uphold the Constitution of the United States, that is your job,” she said. “Whether you agree with a decision or not, we have the rule of law. You have to follow the law. … You either enforce the law or you resign from your public position. That is exactly what should have happened.”