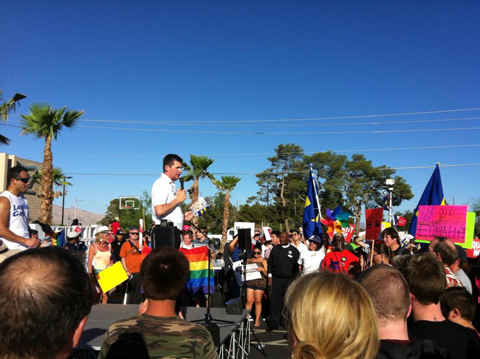 Hosted by Las Vegas’ favorite news anchor, Chris Saldana, community leaders and allies took to the stage to cheer the day and point to the battles ahead.

While Nevada doesn’t allow same-sex marriage currently, the ruling
opens the door for questions about the protections of rights for
same-sex couples here in the Silver State.  In the last legislative session, both the Assembly and the
Senate approved SJR13, the first step to repeal the same-sex marriage ban and
give the rights of marriage equality to gay and lesbian couples of
Nevada.