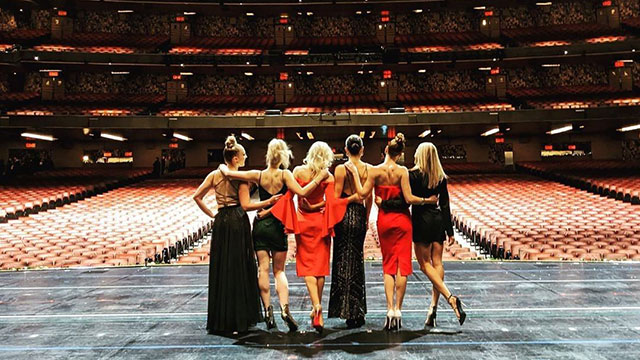 For the first time since its debut in 1933, the Radio City Christmas Spectacular featuring the world-famous Radio City Rockettes, is being canceled.

MSG Entertainment, which owns the glamorous Radio City Music Hall where the Rockettes perform, made the decision to close the curtain on the popular show amid ongoing uncertainty tied to the coronavirus pandemic.

This year’s performance, known for iconic dance numbers like “Parade of the Wooden Soldiers” and the “12 Days of Christmas,” had been slated to run from Nov. 6 to Jan. 3.

The events company, which also owns Madison Square Garden, also announced plans to lay off 350 people — about one-third of its corporate workforce — as the pandemic continues to squeeze venues that rely on live performances.

Its sister company, MSG Sports, which owns the New York Knicks and the New York Rangers, is cutting 50 jobs, or about 15 percent of its corporate staff.

Running for two months plus rehearsals, I can remember as a dancer in NYC the Christmas Spectacular was a job a LOT of theater artists folks prized each year. Paid well and you got to be home in NYC for the holidays.

If you’ve never seen it, you should there’s a reason why it’s run for all these decades. Festive, fun and very family-friendly.