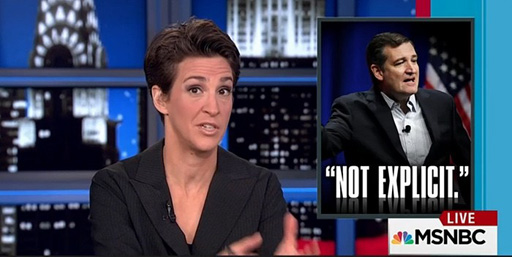 According to Maddow, Cruz’s campaign asked for evidence that the anti-gay rant occurred: “Send me a video or audio where he explicitly says this and I will look at it.”

Video of the vile speech wasn’t enough for Cruz’s people, though. The campaign responded with two words: “Not explicit.”

I think the speech is clear as can be. It goes without saying that it would appear that even “implicit” calls for executing gays would be coolio with Cruz.

Watch the segment below: