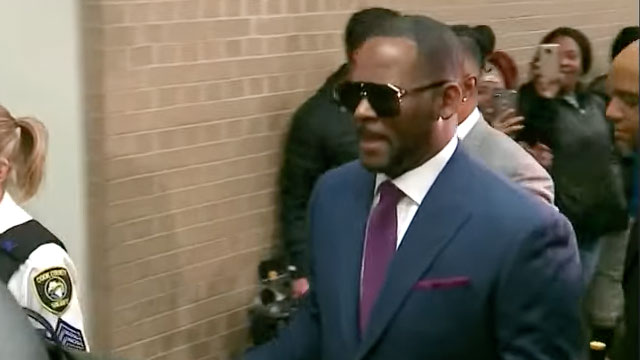 R. Kelly, once one of the biggest names in the world of R&B music, was found guilty on Monday of being the ringleader of a decades-long scheme to recruit women and underage girls for sex.

Breaking News: R. Kelly was found guilty of being the ringleader of a decades-long scheme to recruit women and underage girls for sex. The verdict represents the first criminal consequence for the singer after decades of accusations of sexual abuse. https://t.co/NhoXmER3iK pic.twitter.com/4HLCG5focA

After nine hours of deliberations, the jury in the singer’s criminal trial in federal court in Brooklyn convicted him of racketeering and eight violations of an anti-sex trafficking law, after beginning its deliberations Friday afternoon. Mr. Kelly now faces the possibility of decades in prison.

The high-profile trial was the first of the Me Too-era where a large majority of the defendant’s accusers were Black women, and the trial was widely seen as a test of the inclusivity of the broader movement to hold powerful men accountable for sexual misconduct.

During the trial, prosecutors called dozens of witnesses who testified about Kelly’s secret life of sexual abuse and misbehavior.

CNN reports Kelly has even more more federal charges awaiting him including child pornography and obstruction charges in the Northern District of Illinois. He also faces two counts of engaging in prostitution with a minor in Minnesota, and Illinois state charges for aggravated criminal sexual abuse.

You may recall that in 2008, Kelly was acquitted on 14 counts in a child pornography case.