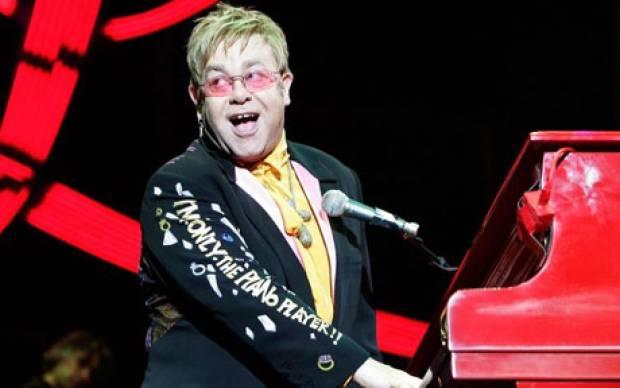 Music legend Elton John shared this statement with his audience in St. Petersburg, Russia, this week:

“I’m not big on technology, but I love my iPad! They’re amazing, aren’t they? The way they can connect us to the things and people we love…

How dignified that St. Petersburg should erect a memorial to Steve Jobs, the remarkable founder of Apple.

But last week it was labeled ‘homosexual propaganda’ and taken down!

Can this be true? Steve’s memory is re-written because his successor at Apple, Tim Cook, is gay?! Does that also make iPads gay propaganda?! Is Tchaikovsky’s beautiful music ‘sexually perverting’?!

As a gay man, I’ve always felt so welcome here in Russia. Stories of Russian fans – men and women who fell in love dancing to ’Nikita’ or their kids who sing along to ‘Circle of Life’ – mean the world to me.

If I’m not honest about who I am, I couldn’t write this music. It’s not gay propaganda. It’s how I express life. If we start punishing people for that, the world will lose its humanity.”