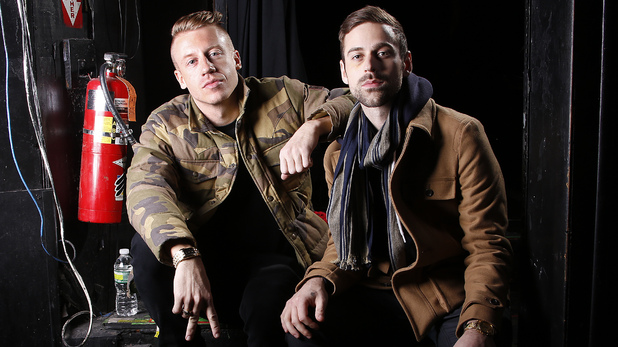 The big question on at the top of every Grammy nominee is “who will win?” Fans wonder who will give the biggest, splashiest performance. Who will make the most outrageous statement?

But I think the most talked about aspect of tonight’s awards show will be the real weddings of 34 couples – gay, straight, old, young, multi-racial – live on the air.

But the producers behind the program, which is to be broadcast live by CBS at 8 p.m., are hoping that the biggest show-stopper of the night will be a much more solemn event: an on-air wedding of 34 couples — gay, straight, old, young, of many races and many colors. The ceremony will be part of the hip-hop duo Macklemore & Ryan Lewis’s performance of their Grammy-nominated song “Same Love,” which became a marriage-equality anthem last year just as that issue was drawing intense national attention.

Yet as part of a televised awards show that works hard for its ratings, showbiz will also play a part in this sacrament. Queen Latifah will officiate at the nuptials, and Madonna will join the number with Macklemore, Mr. Lewis and the song’s featured vocalist, Mary Lambert.

Producers say they want the event to stand as a statement that all couples share and deserve the “same love.”