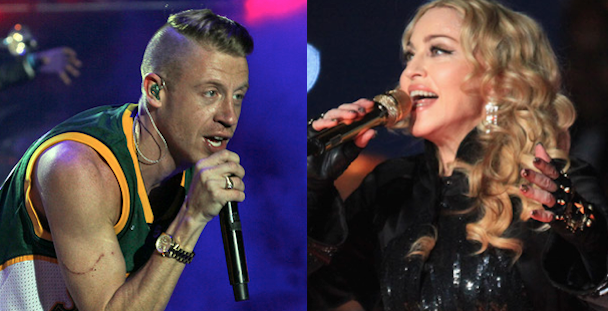 Madonna and Macklemore and his producer Ryan Lewis will perform the rap duo’s 2013 mega-hit “Same Love.”

“Same Love” is an has become an huge anthem for LGBT equality and same sex marriage.

The “Material Girl” hinted earlier this week that she would be performing during the live show. “My lips are almost sealed! I can’t say anything more. #itsasecret,” she wrote on Friday, Jan. 24, with a picture of herself covered up in a thin black veil.

Get ready for the gays to have a big night watching our allies together onstage.