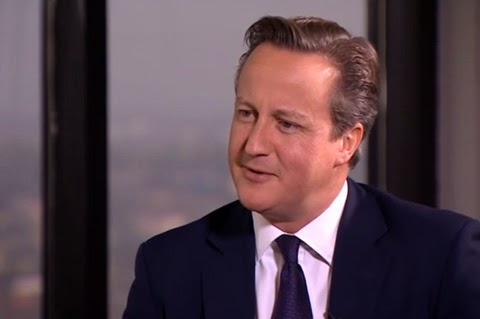 In trying to ascertain whether David Cameron is more of a “modernizer” or “socially conservative” politician, openly gay host Evan Davis on Newsnight asked the UK Prime Minister about a few scenarios, like, were he to see two men kissing in a park would he consider that “sweet” or “inappropriate?”

‘No, that’s fine. I’ve been very clear about this and this is where I do, as it were, marry traditional and modern values,’ Cameron said.

He added: ‘If I can kiss my wife in public I don’t see why you can’t kiss your husband in public.’