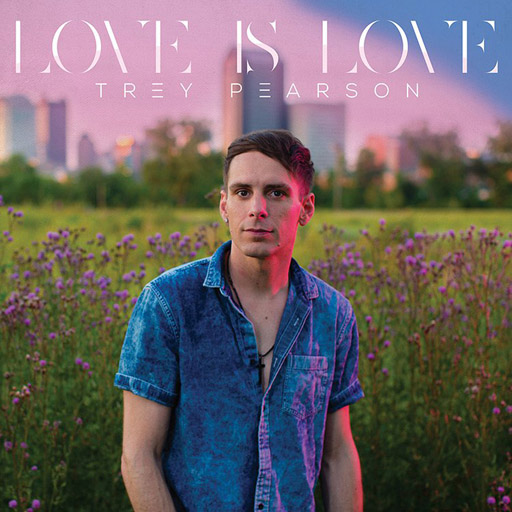 Pearson made international headlines in 2016 when he came out after years as the lead singer of Christian rock band, Everyday Sunday.

“‘Love Is Love’ has become a mantra in the LGBTQ community that stands up for the right to love and be loved, fully. This love song, and this album, represent that freedom for me,” Pearson told The Advocate.

“I wanted the music video to be a tribute to all LGBTQ sacred spaces. Gay bars and queer spaces have been a refuge for me over this last year, and it is where I have been able rebuild my life after losing so much when I came out. I’m overjoyed to be able to make a video about a gay love song that takes pride in these spaces that mean so much for our community.”

Speaking to Billboard, Pearson described the track as “an anthem celebrating the freedom to love each other, without fear, because all you need is love.”

Listen below and check out the album on iTunes here.

Here’s Pearson’s appearance on The View where he discusses coming out: