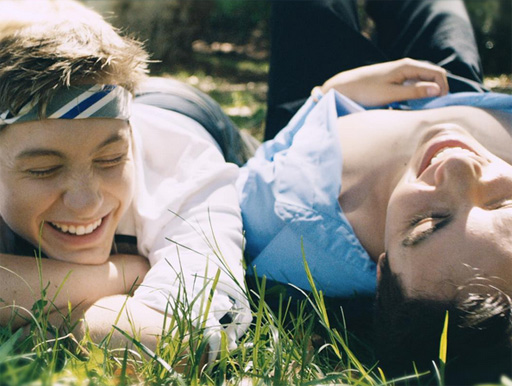 Back in 2016, out singer/songwriter took a look at the Dusty Springfield classic, “Son of a Preacher Man,” as part of his ‘Music Videos That Tell Our Stories’ series.

As we celebrate Pride Month, it’s interesting to see how out artists find our stories in classic songs.

In exploring the tune, Tom found a new, deeply personal context for the 1968 hit.

“Ultimately, we wanted to show two boys falling in love. We worked hard to show young love authentically, as innocent and pure as it truly is. When two gay kids fall in love, it’s often unknown by the participants themselves. They are in love, they know they want to be around each other, and they know they are attracted to each other, but they don’t know how to put a label on it. All the messaging tells the kids that homosexuality is wrong, and is something to be hated, so they don’t perceive that label to apply to themselves. That’s what happens in this story.

“We show the turmoil that families have as a result of this judgmental Christian messaging and how it goes beyond the church, following them home and into all aspects of their life. Coming to the realization of who you are and who you love in the context of that hate speech can be so demoralizing, to the point that you could consider taking your own life.”