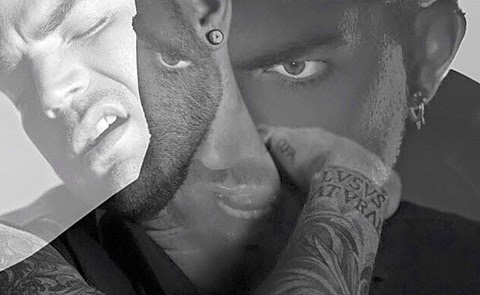 Directed by Hype Williams, the visuals are stark in tone and content, but high on style and vocal intensity.

“I really wanted to first communicate the lyrics directly to the viewer, but then I also wanted to kind of highlight a scene of people,” Lambert told Entertainment Tonight.

“A lot of the people that we hired for the video are friends of mine. It was really fun on set. It was kind of a party, which made it a very relaxed shoot – I’ve never shot a video like that before, that felt like a house party.”

It’s a totally different landscape. There is much more visibility so it doesn’t feel like a foreign or scary concept. When I first came on the scene almost everybody that I encountered in the music business was very supportive of me personally, but they were all a bit nervous about how it could work publicly. Now it’s been proven that there is a market and an audience. It’s allowing a lot more diversity to be pushed through.

It’s gotten better but I can’t make a blanket statement that it doesn’t happen anymore. There are always going to be shades of homophobia — sometimes internalized homophobia that I’ve encountered from other gay people in the industry. They might feel that [I am] ‘too gay.’