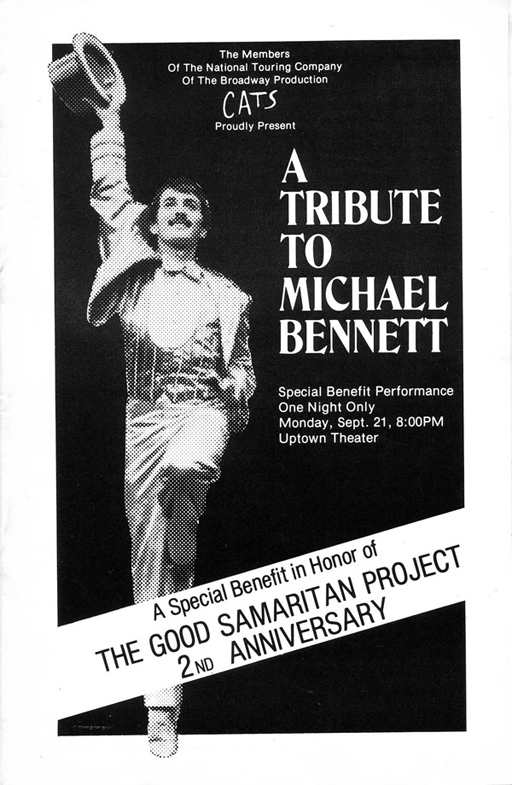 In the mid-1980s, I was a young actor pursuing my dreams of working on the Broadway stage in New York City as the world was reeling from the AIDS epidemic.

It was a time when friends disappeared seemingly overnight. You would hear of someone’s diagnosis, and in a matter of weeks, they were dead.

Until 1987, when AZT was approved for treating HIV, there were practically no effective treatments. Even then, while AZT slowed the progress of the disease, there could be severe side effects (nausea, vomiting, headache, numbness).

But it was something.

The theater community can be quite tribal, and artists from all walks of life in the Broadway community felt the need to mobilize and do something.

And boy, did they.

Actor’s Equity Association, the union that represents actors and stage managers, created Equity Fights AIDS in 1987. The mission was to mobilize the unique abilities of the entertainment industry to address the needs of those affected by the crisis. In those early years, the aim was to help fund the newly-created AIDS initiative program of The Actors Fund.

Almost in tandem, a group of producers formed Broadway Cares in response to the death of Tony Award winning director/choreographer Michael Bennett (A Chorus Line, Dreamgirls). Their focus was to provide grants and funding for many of the young (and struggling) AIDS service organizations in New York city and other large cities heavily affected by the disease.

Over the years, the result has been an unbelievable confluence of community coming together with purpose and passion.

It was around this time that I had been cast in the National company touring of the Broadway musical, CATS.

By 1987, we had already lost a cast member, Philip Mollett, and our dance supervisor, T. Michael Reed, to AIDS. Even out on the road, living in suitcases and constantly moving, as a group of artists we needed to find a way to help, so we organized fund raising concerts and countless other efforts.

Just one example – a massive staged tribute to the aforementioned Michael Bennett we presented in Kansas City. For weeks, we would handle our CATS duties, then sneak into empty ballrooms or conference rooms in whatever hotel we were in and rehearse sequences based on each of Bennett’s ground-breaking musicals late into the night.

The local Kansas City AIDS organization did the leg work for us finding a theater to present the event, and the PBS affiliate even sent a three camera crew to record and preserve the production for future fund raising efforts.

We were in Kansas City for a two-week run, and in the afternoons we’d go to the Uptown Theater and figure out how this was going to work. The Monday in the middle of those 14 days was our one night to pull this off.

Looking back, I remember standing in the audience of the theater with my cast mates that Monday afternoon feeling a bit overwhelmed by the task in front of us. Now that the day had arrived we were faced with the reality of how to tech our little show.

We hadn’t really thought out any lighting plot, and I guess we thought we’d just sing very loud to carry the songs out to the audience we hoped would show up. We

It was at that time – timing is everything – that members of our stage crew, who handled lights, sound, sets and costumes for CATS wandered into the theater. ‘Big Larry,’ our head carpenter and ‘Moose,’ our head spotlight operator, were looking around, exploring and chatting.

Now, we had seven one-week stops ahead of us after we left Kansas City. With one-weekers, we travel on our one day off, and the crew gets to the next theater and has to put the magic back together in time for opening nights on Tuesdays.

So we didn’t ask our guys to help out because they weren’t going to have a day off for two months. But here they were.

‘Big Larry’ waved us off telling us to just keep rehearsing.

The next thing you know, lights are coming on, floor mics cannibalized from CATS equipment were being installed at the front of the stage, and curtains were moving.

‘Moose’ only liked one of the house spotlights, so he ran off and rented another, better unit. Out of his own pocket.

We all kept moving. It was straight out of a Judy Garland/Mickey Rooney movie – “Hey kids, let’s put on a show!”

At half-hour, I peeked out at the audience and it was only a third full. My heart sank. All this work and effort!

And then twenty minutes later, we were told we had to hold because there was a line outside the theater wrapped around the block to get in.

We ended up performing our tribute to a packed house. The audience’s response was one of the most vivid theatrical memories I have. We finished the opening number, a full staging of the opening of A Chorus Line, and the applause roared for several minutes.

Waves of love and applause came thundering across the footlights. I don’t know who was more excited, us or our audience.

I share that single effort to illustrate the determination that just one set of theater artists had in wanting to make a difference.

That night, which raised an amazing $30,000 for HIV support organizations in Kansas City and NYC, embodies the spirit of generosity that pervades the mission of Broadway Cares.

By drawing upon the talents, resources and generosity of the American theatre community, since 1988 Broadway Cares/Equity Fights AIDS has raised more than $300 million for essential services for people with HIV/AIDS and other critical illnesses in all 50 states, Puerto Rico and Washington DC.

BC/EFA is also a major supporter of essential social service programs at The Actors Fund, including the HIV/AIDS Initiative, the Phyllis Newman Women’s Health Initiative and The Friedman Health Center for the Performing Arts.

And more than 450 AIDS and family service organizations nationwide are awarded grants annually.

The 28 editions of Broadway Bares have raised more than $19.1 million for Broadway Cares/Equity Fights AIDS.

This year’s edition, Broadway Bares: Take Off, will be held Sunday, June 16, at the Hammerstein Ballroom in New York City. It’s one of the biggest nights on Broadway, so don’t miss it.

There will be two performances tonight – one at 9:30pm and a repeat performance at midnight. (Note – Tickets may not be available by the time you read this).

There’s also the annual Red Bucket Follies (originally known as the Gypsy of the Year event) that features original acts from each production on Broadway in a talent show format. For six weeks before the event, actors make an appeal to their audiences each night after taking bows collecting donations in red buckets.

For the 2010 edition of Gypsy of the Year, I was asked to take part in the opening number honoring the legendary Carol Channing.

I made my Broadway debut in the 1995 Broadway revival of Hello, Dolly! with the iconic star, and spent two and a half years working with the star. So, I was more than happy to put on my dancing shoes and share the stage with my dear, wonderful Carol while raising money for BC/EFA.

Here’s the number  so you can get a sense of how amazing BC/EFA events can be.

I’m the blond guy next to Carol throughout the number who’s clearly high on the moment LOL.

And there are other fundraising activities throughout the year as well like the Easter Bonnet Competition, the Broadway Flea Market & Grand Auction, Broadway Barks, the Fire Island Dance Festival and the Broadway Run. 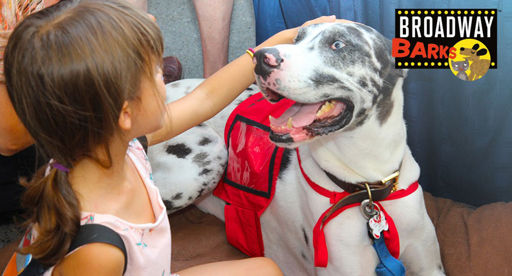 All of this in order to weave a safety net for those affected by the ongoing epidemic.

The word ‘pride’ is just the beginning when I consider my tribe, and its rich history of giving back.

Wishing you all a happy Pride Month. Click over to the BC/EFA official website for more information on this incredible organization.