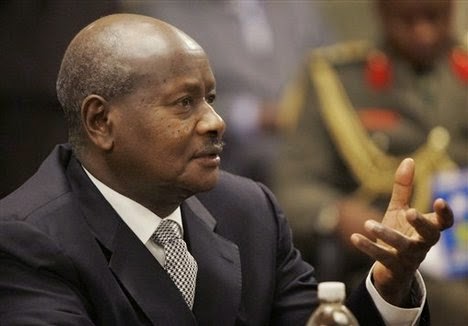 President Yoweri Museveni of Uganda is asking lawmakers to slow down as they work to re-legislate a controversial anti-gay law that was invalidated earlier this month.

Museveni, who held a meeting Monday with lawmakers from his party, urged parliamentarians “not to cause chaos” by quickly reintroducing the bill, according to Medard Bitekyerezo, a lawmaker who strongly supports the anti-gay measure.

He said Museveni formed a committee, to be chaired by Vice President Edward Kiwanuka Ssekandi, to look into the concerns of rights activists who challenged the constitutionality of the law.

The government-controlled New Vision newspaper reported Tuesday that Museveni warned lawmakers that the bill could hurt the country’s economic development. Museveni asked the parliamentarians to debate the law “without any emotional feelings,” the paper reported.

More than 200 members of the Ugandan Parliament have lined up to reinstate the bill.