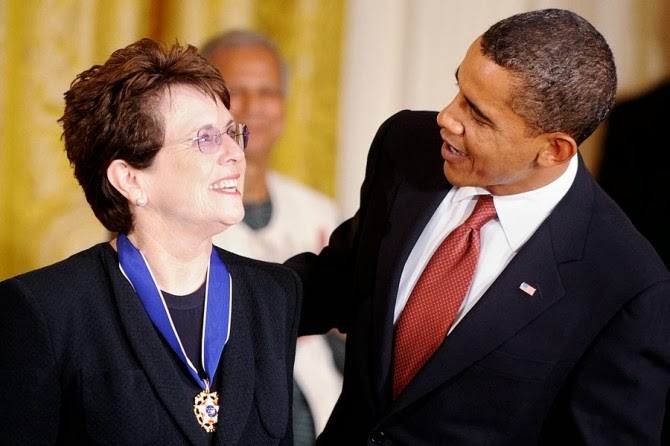 President Obama, First Lady Michelle Obama and Vice President Joe
Biden have all declined to attend the opening ceremony of the 2014
Winter Olympics, marking the first time since 2000 that the prez, First
Lady, VP or a former prez won’t be involved.

The White House said Obama’s schedule will not permit him to attend the Games.

In his place, he is sending a delegation led by openly lesbian tennis champion Billie Jean King.

Among other world leaders not attending the Olympics this year are French President Francoise Hollande and German President Joachim Gauck.

In a statement,
the White House claims Obama doesn’t have the time to travel to Sochi,
but that the delegation ”represents the diversity that is the United
States.” (Bolding is mine)

Openly gay two-time Olympic medalist in ice hockey Caitlin Cahow will
also be a part of the delegation, as will former Olympic figure skater Brian Boitano.

USA Today is  calling this “the most significant delegation the United States has ever sent to an Olympic Games.”