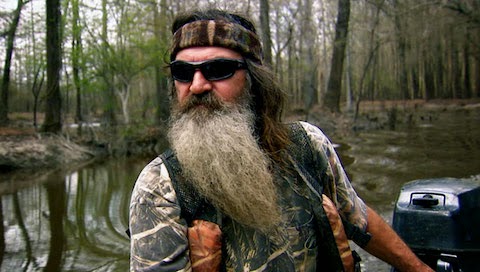 Duck Dynasty personality (and Tea Party hero)  Phil Robertson has shares his anti-gay animus with GQ Magazine in an interview that includes this statement:

“It seems like, to me, a vagina—as a man—would be more desirable than a man’s anus. That’s just me. I’m just thinking: There’s more there! She’s got more to offer. I mean, come on, dudes! You know what I’m saying? But hey, sin: It’s not logical, my man. It’s just not logical. 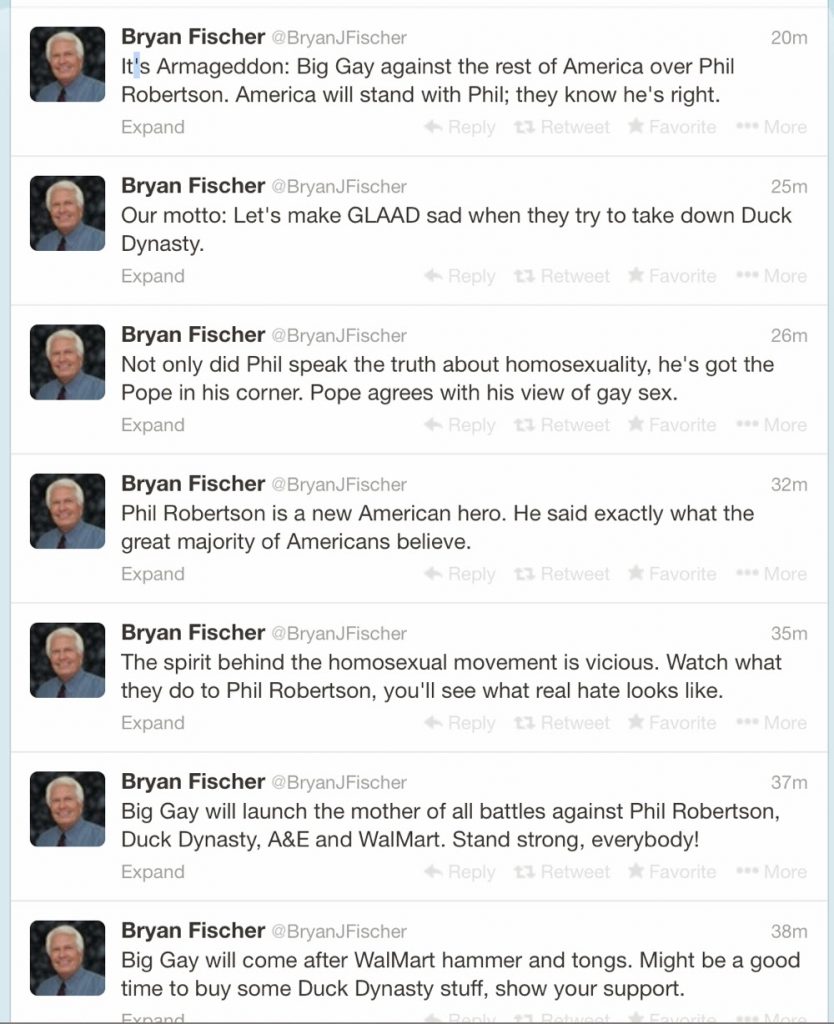 This would be the same Bryan Fischer who has called for gay people to be criminalized, rounded up, and treated like drug addicts – and that’s just the beginning of his attacks on the LGBT community).

In a press statement, GLAAD says that Robertson’s “statement is far outside of the mainstream understanding of LGBT people.”

“In Louisiana, which passed a constitutional amendment banning marriage equality, 56% of the population support some sort of legal recognition, marriage or civil unions, for gay and lesbian couples according to Public Policy Polling released in August 2013.”