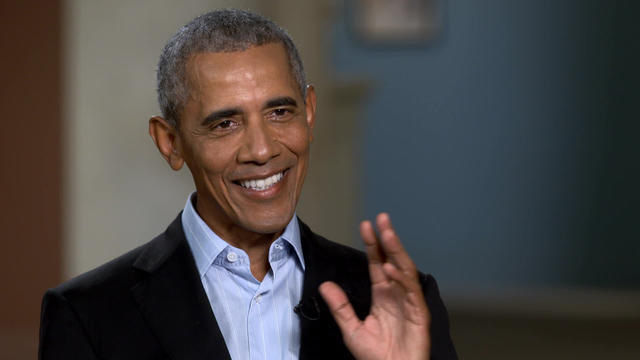 Who wants to hear a president who speaks in complete sentences and sounds sane?

In his first television interview since the election of Joe Biden as the 46th President, former President Barack Obama sits down with “CBS This Morning” co-host Gayle King to discuss the first volume of his memoirs, “A Promised Land.”

He talks about the enormous opposition he experienced as he entered the White House; the impact of his political career on his family; and why he campaigned for his former vice president – and spoke out so vociferously against his successor, President Donald Trump.