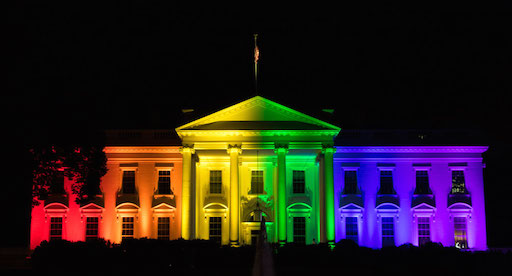 President Obama issued this statement today in observation of the International Day Against Homophobia & Transphobia (IDAHOT).

Since 2004, the day represents an annual landmark to draw the attention of decision makers, the media, the public, opinion leaders and local authorities to the alarming situation faced by lesbian, gay, bisexuals, transgender and intersex people and all those who do not conform to majority sexual and gender norms.

On May 17, Americans and people around the world mark the International Day Against Homophobia and Transphobia by reaffirming the dignity and inherent worth of all people, regardless of who they love or their gender identity.

Our nation is committed to the principle that all people should be treated fairly and with respect. Advancing this goal has long been a cornerstone of American diplomacy, and I am proud that my Administration has made advancing the human rights of LGBT individuals a specific focus of our engagement around the world. I am also proud of the great strides that our nation has made at home in recent years, including that we now have marriage equality as a result of last year’s landmark Supreme Court decision.

At the same time, there is much work to be done to combat homophobia and transphobia, both at home and abroad.‎ In too many places, LGBT individuals grow up forced to conceal or deny who they truly are for fear of persecution, discrimination, and violence. All nations and all communities can, and must, do better. Fortunately, human rights champions and good citizens around the world continue to strive towards this goal every day by lifting up the simple truth that LGBT rights are human rights. The United States honors their work and will continue to support them in their struggle for human dignity.

The date of May 17th was specifically chosen to commemorate the World Health Organization’s decision in 1990 to declassify homosexuality as a mental disorder.