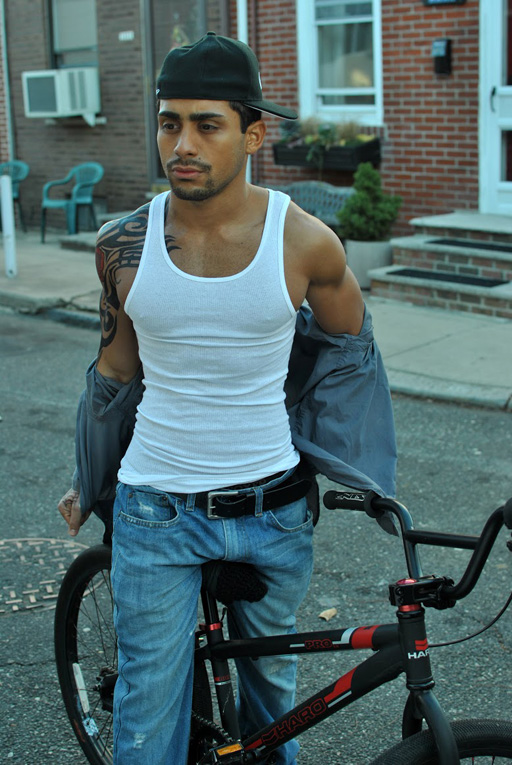 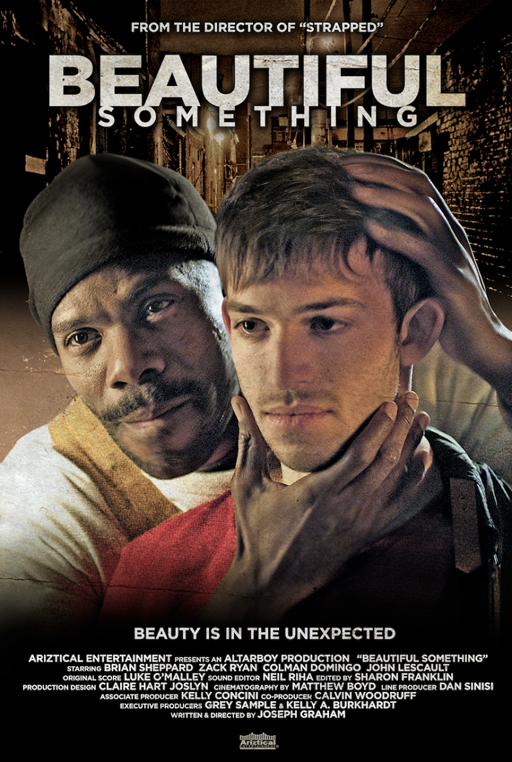 Celebrated queer film festival favorite Beautiful Something gets a full digital/VOD release today, and I highly encourage folks to take a look at this artful journey that finds four gay men at the intersection of desire, sexuality and art on a cold night in Philadelphia.

Brian (Brian Sheppard), a poet with an already-spent advance and a looming deadline, seeks distraction at dusk-whether that means a hook-up (or two) or confessing his love to his straight best friend.

Drew (Colman Domingo), a renowned sculptor in love with his boyish muse, is eager to finish his latest creation.

His model Jim (Zack Ryan) is an unpredictable aspiring actor prone to dramatic outbursts. Simultaneously aroused and intimidated by Drew’s talent and devotion, Jim yearns for a modicum of freedom from the sculptor’s attentions.

Rounding out the quartet is Bob (John Lescault), a wealthy, alcoholic talent agent, cruising the Philadelphia backstreets for a “beautiful something.” Despite his aimlessness, he usually finds his target.

Writer/director Joseph Graham shows confidence and trust in his actors allowing them to take their time. Nothing is hurried here even as the search for personal connection sometimes turns to collision.

Director of photography Matthew Boyd’s skillful eye creates rich depth and mood with his use of light, shadow and urban texture. The City of Brotherly Love almost becomes another character in the film via Boyd’s evocative nighttime composition.

I especially appreciated Zack Ryan’s “Jim” – an understated, introspective performance throughout the film that is imminently watchable. And featured actor Matthew Rios’ “Sergio” brings light to darkness in moments of unfiltered charm and honesty.

The critics had strong praise for Beautiful Something along it’s film festival journey:

“rough, sharp and to the point”
– Frontiers Media

I highly recommend the film.

Check your favorite digital outlet for the film including iTunes, Amazon Instant and Cable VOD.

You can watch the trailer below: