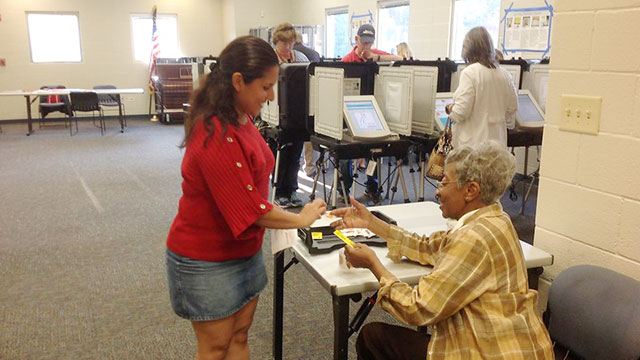 To say the hope for America, our Democracy, and the preservation of the US Constitution hang in the balance come November 3rd would be an understatement.

Exacerbating the situation and everyone’s already heightened anxiety is the knowledge that foreign governments have and are interfering in our free and fair elections.

Now, add the coronavirus pandemic and the integrity of Election Day is in serious jeopardy. But you can help “Power The Polls.” 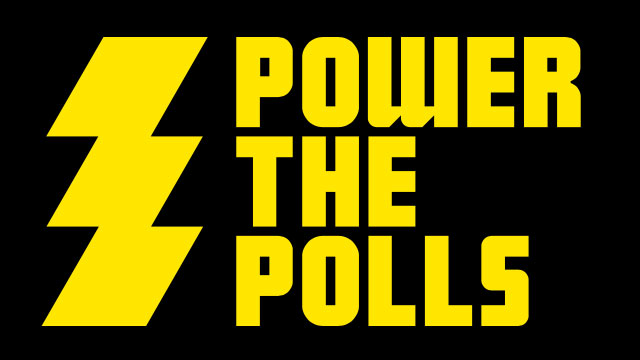 “Our democracy depends on ordinary people who make sure elections run smoothly and everyone’s vote is counted. This year, we’re facing an unprecedented shortage of poll workers that could mean closed polling places and long delays. You can help make sure we have a safe, fair, efficient election for all voters.

“Power the Polls is a first-of-its-kind initiative to recruit poll workers to ensure a safe, fair election for all voters.

“This is a critical moment. America is in the midst of a nationwide poll worker shortage.

“We aim to inspire upwards of 250,000 Americans to sign up as poll workers this year.”

Click here to see how you can help Power the Polls today!

“Hi, I’m Larry and I’ll Be Your Poll Worker”

In 2018, I became a certified New York state poll worker when the Trumpfuckery of the day intersected with the certainty of Russian interference in our elections and awoke my sense of civic duty.  I had to do more than, “Go Vote!”

It’s not a glamorous gig by any stretch of the imagination.  The first time I set my alarm for 3:30 AM to be at the polling site by 5 AM, my cell phone replied, “Seriously, Bitch?”

It’s not rocket science. But you’d be surprised at the level of detail and redundancy required to ensure security and the level commitment poll workers bring to the work.

It ain’t about the money either.  It varies by state but in New York, it pays $100 for 4 hours of training (if you pass the open-book test and work an election). Election Day pay is $250 for roughly a 17 hour day (including 2 one hour breaks). It goes surprisingly fast.

What they don’t tell you about are all the truly diverse and wonderful people you’ll work with.  At my polling place, you name it, we probably got it!

Something else they don’t tell you about are the voters.  Don’t get me wrong, there are some crazy ass people compelled to tell you everything wrong with the American political system. #BlessTheirHeart

But it’s the line of voters waiting AT 6 muthafing AM for the polls to open; the excited first-time voters; families who come to vote together; voters who are so clearly immigrant citizens; disabled voters who could vote by mail but show up, when so may Americans don’t bother to even vote; and the parents who are bringing their child to see them vote, and giving them an “I Voted” sticker too. #FacesLightUp

Admittedly Americans would be better off if we all had mail-in ballots, but we don’t. Every state needs poll workers in November, so does the future of our democracy.  What’s one day out of your life, so your state on Election Day doesn’t look like Wisconsin or Georgia did on their primaries?

Learn more about becoming a poll worker in your state by heading over to WorkElections.com.

Work Elections is a project of The Fair Elections Center, a national, nonpartisan voting rights and election reform 501(c)(3) organization based in Washington, D.C.

Their mission is to use litigation and advocacy to remove barriers to registration and voting, particularly those disenfranchising underrepresented and marginalized communities, and to improve election administration. 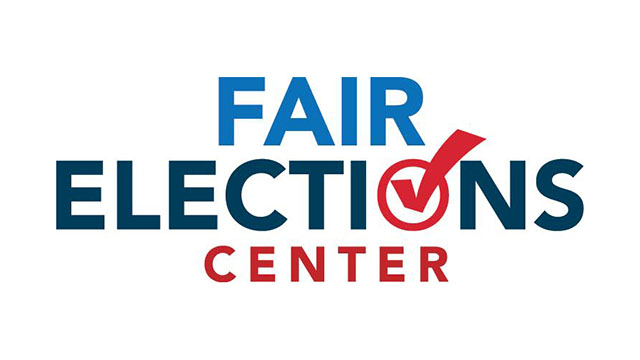