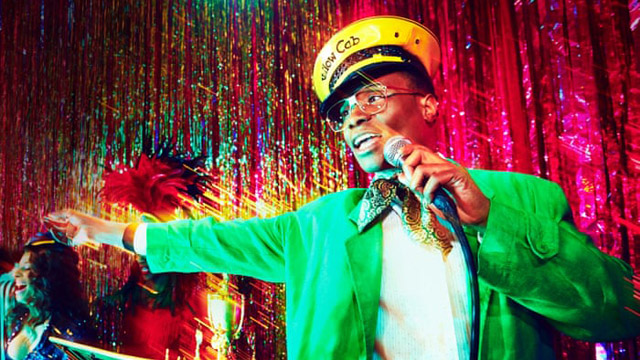 “Hey Pose fam! We made the decision to end [the show] after 3 seasons because we reached the intended ending of our story,” tweeted Canals. “This experience has been life changing. THANK YOU is too small a word. And yet, it’s what is in my heart. Hope to see you May 2nd when we debut.”

Hey Pose fam! We made the decision to end @PoseOnFX after 3 seasons because we reached the intended ending of our story. This experience has been life changing. THANK YOU is too small a word. And yet, it’s what is in my heart. Hope to see you in May 2nd when we debut. #PoseFX pic.twitter.com/P9fMZfrS06

A message from executive producer and co-creator @StevenCanals on the third and final season of #PoseFX, premiering May 2. pic.twitter.com/f3mfyK3SEQ

“‘Write the TV show you want to watch!’ That’s what I was told in 2014 while completing my MFA in screenwriting. At the time we weren’t seeing very many Black and Latino characters — that happened to also be LGBTQ+ — populating screens. And so I wrote the first draft of a pilot the ‘younger me’ deserved. Pose was conceived as a love letter to the underground NY ballroom community, to my beloved New York, to my queer & trans family, to myself.

“I, along with my incredible collaborators, never intended on changing the TV landscape. I simply wanted to tell an honest story about family, resilience, and love. How fortunate am I to have done that for three seasons. I’m filled with gratitude to our intrepid writers, cast, crew, and producers who worked tirelessly to make Pose come to life, humbled by our loyal audience, thankful to the ballroom community who trusted us to tell their story, overwhelmed by the critics who warmly embraced us, and forever indebted to Ryan Murphy, FX, and 20th Television for changing my life.” 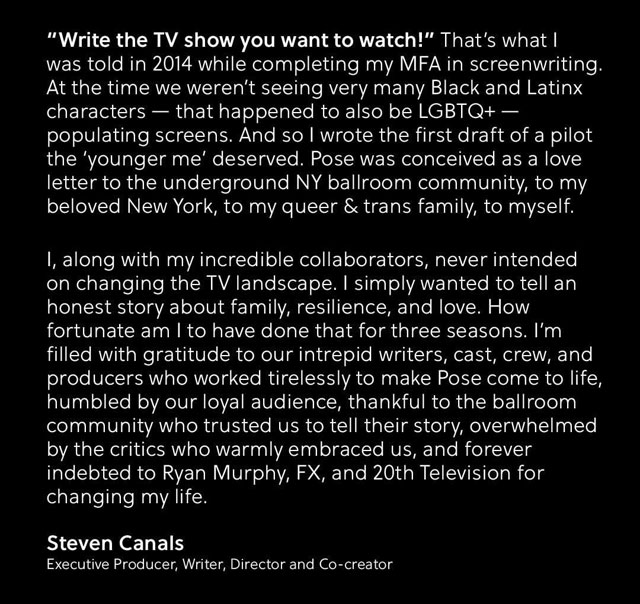 The series garnered multiple Emmy and Golden Globe nominations for its first two seasons including a win for Billy Porter for Outstanding Lead Actor in a Drama Series at the 2019 Emmy Awards.

Pose Season 3 premieres May 2 on FX.