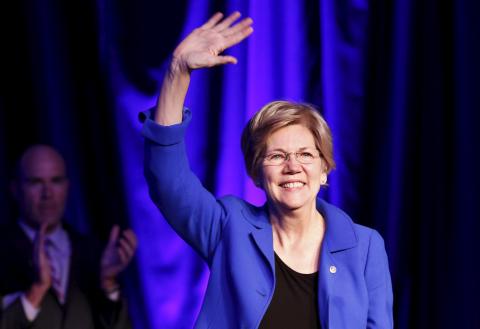 Warren scored 28% support from likely Iowa Caucus-goers in the poll.

Mayor Pete Buttigieg came in fourth at 13 percent and Sen. Kamala Harris (D-CA) has the backing of 8 percent.

That’s quite a change from the last Starting Line-Change Research poll from May when Warren was in the middle of the pack in 4th place.

Here’s where things stood then, along with their movement since: