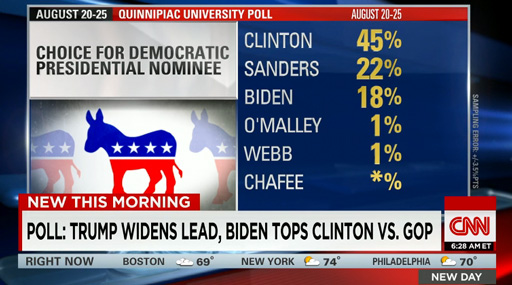 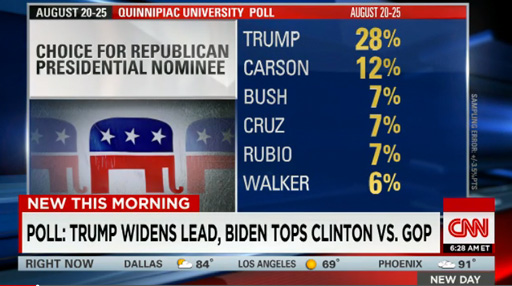 Trump gets a thumbs up from 28% of those surveyed, with his closest competitor retired neurosurgeon Ben Carson at 12%. Bush drops down to a mere 7% after leading in polls most of the year.

However, the survey does show some weaknesses for Trump in the areas of temperament and women’s issues. Sixty-four percent of GOP voters say The Donald lacks the “right kind of temperament to handle an international crisis” and 61% say he doesn’t care about the problems of women. 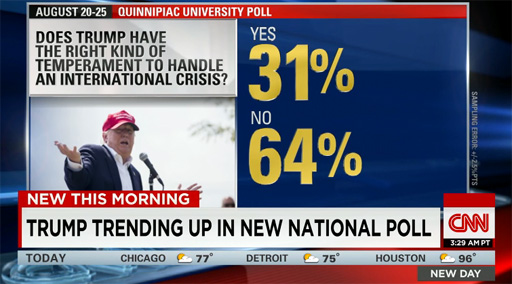 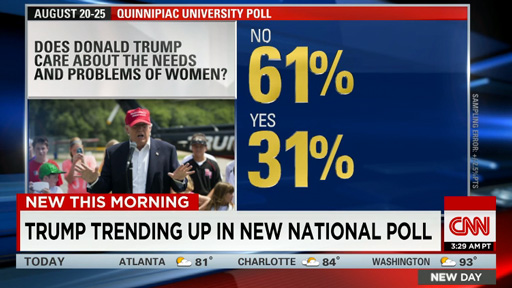 The same poll indicates Hillary Clinton shows some slippage as Sen. Bernie Sanders and an unannounced Vice-President Biden inch their way up.

Of note, however, is the stronger showing Biden makes over Trump in a head to head general election match up.