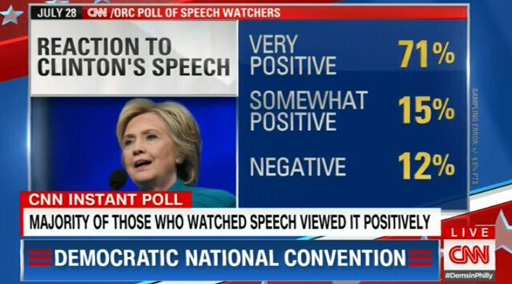 So, now that both presidential candidates have accepted their nominations and addressed the country, whose message scored better with voters?

Well, according to polls by CNN immediately after each speech, it looks like the reaction to Democrat Hillary Clinton got a more positive reaction.

A CNN/ORC poll last night showed 71% of those who watched Clinton’s speech felt “very positive” about her address.

On the other end of the spectrum, the negatives showed further downside for Trump. While only 12% viewed Clinton’s speech in a “negative” light, Trump’s negative score was double that – 24%.

Additionally, Clinton scored higher than Trump – 82% over 73% – when it came to which candidate’s policies would move the country in the right direction. 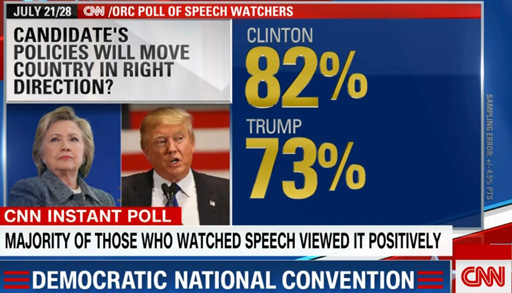