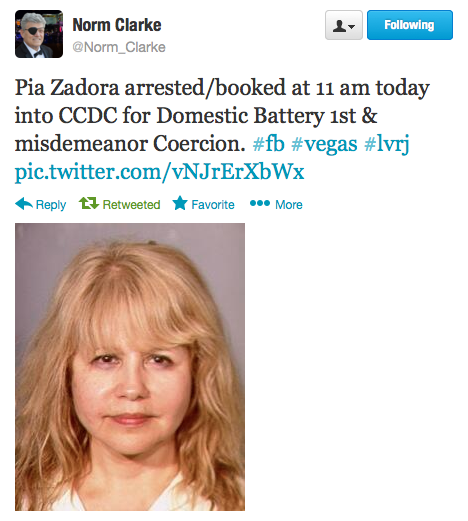 Zadora was booked into the Clark County Detention Center on charges of domestic battery and coercion. She posted $4,000 bail and was released.

Police would not release the name of the victim, but Zadora has been married to a Las Vegas police officer since 2005. The two met after Zadora contacted the Las Vegas Police to report a stalking incident.