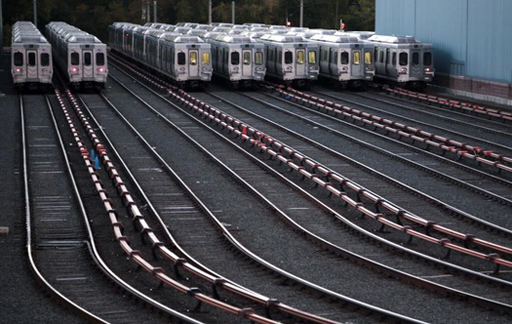 In what looks to be a reckless, irresponsible move by the 4,700 workers of Southeastern Pennsylvania Transportation Authority, the union decided to strike early Tuesday morning affecting nearly one million riders a day.

Plus, being in the middle of early voting and Philadelphia being a huge Democratic stronghold, it could affect the outcome of the election.

The authority’s regional rail service — the commuter lines that extend from the city into the suburbs — continued operating, providing an alternative in some parts of the city for riders who would usually take buses or subways. The commuter trains accepted transit passes and express trains made local stops to take on more passengers.

But the regional rail service, which normally provides 130,000 rides a weekday, could absorb only a fraction of the overflow. Trains became crowded and some ran as much as an hour late into the Center City area. The transportation authority warned of possibly dangerous overcrowding on commuter rail platforms during the evening rush.

Members of Transport Workers Union Local 234 had voted to go on strike at midnight if a contract settlement was not reached, and negotiations on Monday failed to produce an agreement. The union last walked out in 2009, in a strike lasting six days.