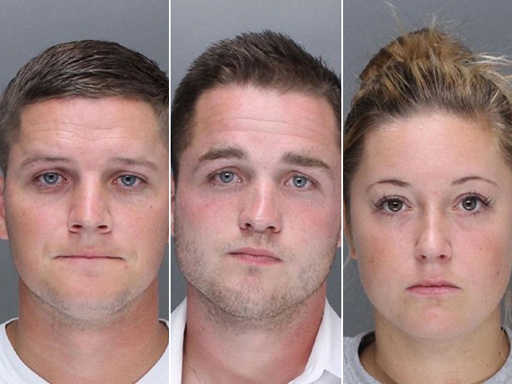 Kevin Harrigan, 27, of Warrington; Philip Williams, 25, of Warminster; and Kathryn Knott, of Southampton, who turns 25 Friday, are charged with aggravated assault, conspiracy and related offenses in the Sept. 11, 2014, clash at 16th and Chancellor streets.

Michael Barry, chief of the district attorney’s central division bureau, said Thursday that there have been ongoing negotiations with the defense attorneys. He said he expects the three defendants to enter guilty pleas on Oct. 15, when the case is next listed in the Criminal Justice Center.

Barry, though, would not comment on the details of the plea offers or what charges he expects the defendants may plead guilty to. He said there is not yet any plea agreement in place.

Barry said that on Oct. 15, “either the defendants will plead guilty” or their case will be “spun out for trial.”

“I do expect them to plead guilty,” he said.

He said one main reason the three defendants have not been in court each time for pretrial conferences was because “as part of their bail, they are banned from Center City.”

Williams’ attorney, Fortunato “Fred” Perri Jr., confirmed afterward that he and his client “are currently reviewing a plea offer that’s been extended by the District Attorney’s Office.”

Asked if he expects Williams to plead guilty on Oct. 15, Perri said: “No decisions have been made yet.” But he added, “We think it’s a fair offer.”

Harrigan’s attorney, Joshua Scarpello, also confirmed that there have been plea negotiations.

“We’re trying to work it out,” he said. The terms of a possible plea are “not yet set in stone.”

He also said of the three defendants: “They have not been offered the same deal.” Each defense attorney, he said, is “trying to do the best for his client.”