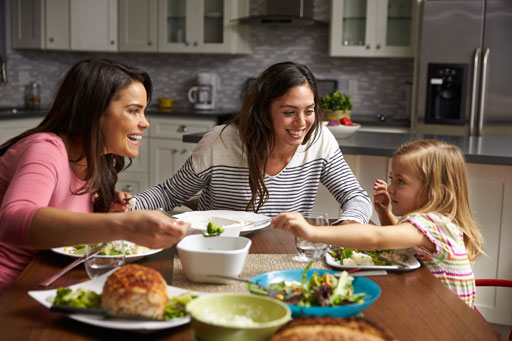 Two Christian adoption agencies in Philadelphia saw their city contracts suspended earlier this year when it was discovered they openly discriminated against LGBTQ people.

One of the agencies, Bethany Christian Services, agreed to change its policies and comply, but Catholic Social Services (CSS) refused to do so claiming their constitutional rights were being violated in having to adhere to anti-discrimination laws.

Now, a federal judge has ruled against CSS’s request for a religious exemption to the law.

CSS freely admits that they do not certify same-sex couples as foster parents even if the couple is considered qualified by every metric of the law. Additionally, CSS continues to refuse home studies for those same-sex couples who may be looking to adopt.

The vice president of CSS, James Amato, told the judge that everyone who applies to be a foster parent must submit a letter from the applicant’s clergy declaring them to be ‘religious.’

CSS holds the position that foster care and adoption are not ‘public accommodations’ and so the anti-discrimination law doesn’t apply to them.

But U.S. District Judge Petrese Tucker disagreed with CSS and rejected the agency’s arguments saying CSS’s contract with the city to provide services for a fee constitutes a public accommodation.

Moreover, the judge held that CSS’s loss of its contract with the city would not negatively impact foster children as the city “offered evidence showing that the closure of CSS’s intake of new referrals has had little or no effect on the operation of Philadelphia’s foster care system,” Judge Tucker wrote.

Also, the judge pointed to the “clergy letter” requirement and suggested that raised “serious constitutional questions” regarding freedom of religion.

As Think Progress points out, this kind of “religious freedom” defense for justifying LGBTQ discrimination is happening all over the country.

A judge in Michigan is currently hearing arguments over a state law that allows adoption agencies to receive state funding while actively discriminating.

Oklahoma and Kansas have recently enacted similar laws, and House Republicans in Congress recently approved an amendment to a spending bill that would protect adoption agencies that choose to discriminate based on ‘religious beliefs.’

This same week, a federal judge was hearing arguments in the ACLU’s challenge of a Michigan law that guarantees adoption agencies can continue to receive state funding even if they discriminate.

Kansas and Oklahoma recently passed similar laws, and Republicans in Congress also passed an amendment to a funding bill this week that would create a similar license to discriminate for child placement agencies across the country.