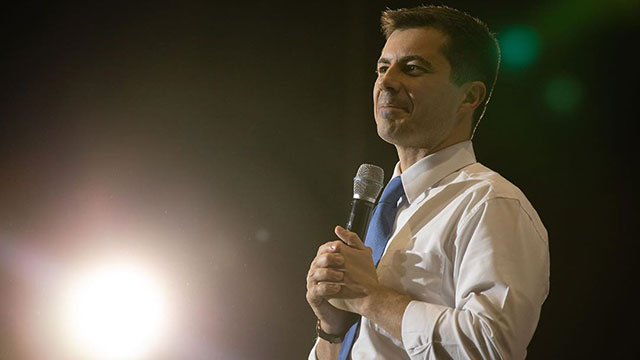 Pete Buttigieg, the former mayor of South Bend, Ind., who rose from virtual anonymity to become the first openly gay candidate to make a high-profile run for the Democratic presidential nomination, has announced he is ending his bid for the White House.

The development marks an abrupt end to what was briefly an ascendant candidacy, as Buttigieg won the Iowa caucuses and came in second in New Hampshire. But despite attracting enormous attention, significant support and sometimes enthusiastic crowds, there was no clear path forward toward the nomination.

Buttigieg’s decision comes shortly before Super Tuesday, the biggest primary day of the year, at a time when the Democratic race shows signs of becoming a race between Sen. Bernie Sanders and former vice president Joe Biden, with Biden occupying a centrist position that Buttigieg had hoped to make his own.

If there was one vulnerability that felled him, it was his inability to win trust or support from black voters, a key pillar of the Democratic coalition.

After a fourth-place finish in South Carolina Saturday — and results that showed he achieved abysmal levels of support with black voters–Buttigieg consulted with his team Saturday night before flying to Georgia to meet with former President Jimmy Carter Sunday. His campaign scheduled a Sunday night call for donors and did not provide a subject.

By the time all the votes were counted in South Carolina, Buttigieg had only garnered 3 percent of the Black vote in the Palmetto State, according to the Washington Post.

Buttigieg is to be lauded that, in looking forward, he saw no path for winning the nomination and understood his leaving the race could benefit former Vice President Joe Biden – another candidate with which Buttigieg shared the ‘moderate’ lane.

MSNBC is reporting Buttigieg decided he didn’t want to be the guy to keep a stronger nominee who the Democratic party could rally around from getting the nomination.

Many of the talking heads on TV are speculating as to whether the vote-counting debacle in Iowa, which caused the results to be delayed for days, might have muddied his historic achievement and perhaps hurt his candidacy to some extent. Had he gotten the ‘clean win’ would that perhaps have propelled him to besting Sanders in New Hampshire where, instead, he came in second? We’ll never know.

Watch an emotional Chasten Buttigieg introduce his husband Pete for his speech to supporters last night.

As an openly gay man, I have to say the Harvard educated/Rhodes scholar has been a more-than-worthy candidate to represent the LGBTQ community in his historic run. Initially seen as a longshot candidate, he ultimately found himself running with the big dogs, going toe-to-toe with U.S. senators with much higher name recognition and decades of experience in Washington, D.C.

The “left-handed, Maltese-American, Episcopalian, gay millennial-war veteran” has presented himself well with dignity, poise, and grace.

When asked by a nine-year-old supporter for advice on coming out, Pete said “when I was trying to figure out who I was, I was afraid that who I was might mean that I could never make a difference. And what wound up happening instead is that it’s a huge part of the difference I get to make.”

I certainly see a bright future for Buttigieg – hopefully in Joe Biden’s administration.

On the day of his announcement, I shared this photo on social media writing, “If I tried I could never fully express what THIS really means to me. Every day I celebrate possibilities…”

I still feel the same way.