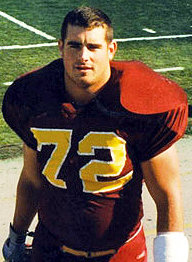 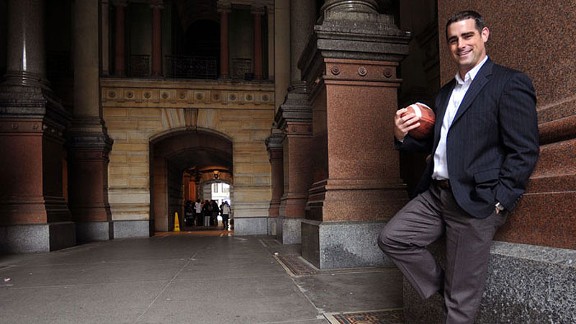 Brian Sims, the only college football captain to ever come out, said he was happy there was so much backlash against Culliver’s remarks during Super Bowl media day.

“Everyone should be allowed to speak their mind, but in this case, it was wholly ignorant and wholly stupid,” said Sims, who recently was elected as the State Representative for the 182nd District of the Pennsylvania House of Representatives. “This is not acceptable in the workplace and shouldn’t be acceptable in sports.”

Excerpt from Brian’s interview with ESPN:

What was your first reaction to the Culliver quotes?

“I had two reactions. The first was to laugh. I remember that Charles Barkley had this great line where he said any time someone talks about not wanting a gay teammate hasn’t been looking. There are gay guys in every locker room. That’s the idiocy of what Culliver said. I also thought it wasn’t fair to his teammates to imply that what he was thinking was the norm. That has not been my experience.”

The story goes that you came out to your college football team. Is that true?

The truth is I was gay my whole life. I had dated girls in high school. I think I knew I wasn’t straight long before I knew I was gay. I knew by the time I got to college that I was gay. My team actually came to me to ask me whether I was gay. They wanted to talk about it. They asked me about the struggle and when I was going to tell people. I didn’t go through the same struggles as people today. Today, you have 14-15-16 year olds so confident and secure in their sexuality. I was not. I wasn’t a gay 17-year-old ready to come out to the world. When I got to college, I realized I was gay. I just didn’t know how to go about it. My college didn’t have a LGBT group to give me the language to come out. It was my quarterback who asked me first.”

Do you hope for the day when the topic of sexuality isn’t discussed?

“I do hope there is a time when you don’t have to discuss it but still wants to discuss it. I live in a neighborhood in Philadelphia called ‘Gayborhood.’ It’s next to Chinatown and the Italian area of town. I don’t want to speak on behalf of all Italians but they’ve been discriminated before but they still love their culture, heritage and solidarity. I want us to reach a time when race and sexuality isn’t a negative factor. Sports teams need some bad ass gay men and women’s teams need lesbians to come out. It’s going to be a good thing.”

Read the full interview at ESPN.