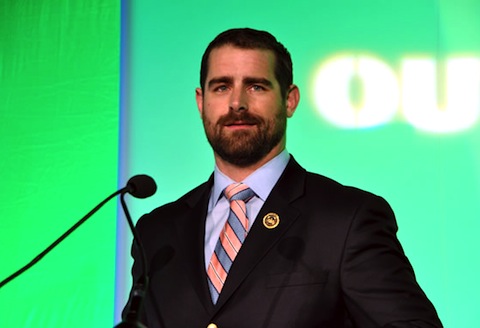 Rep. Sims, who is openly gay, says his bill will be similar to SB 719 filed in the Pennsylvania Senate by State Senator Daylin Leach last March. The bill will be cosponsored by Democratic Rep. Steve McCarter.

“About two hours ago, I shopped around a co-sponsorship memo for a marriage bill, and I’m going to introduce an LGBT marriage equality bill,” he says, adding the Supreme Court cases “helped light the fire under my colleagues to do it now.”

The co-sponsorship memo, which is sent out to House members for additional support, notes it “would re-define the definition of marriage as a civil contract between two people who enter into matrimony, and eliminate the current prohibition against same-sex marriage in our Commonwealth.

It is important to note that this bill provides protections for religious organizations and entities that do not wish to sanction, perform, or in any way recognize such marriages.”

Same-sex marriage is banned by state statute, but a state constitutional amendment banning marriage equality isn’t on the books in Pennsylvania.