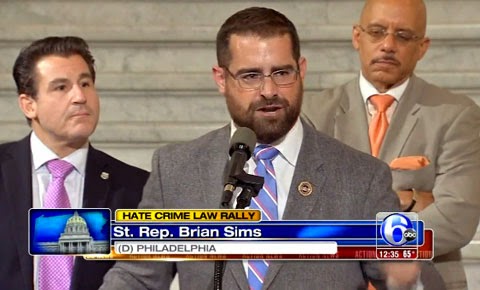 Although there appears to be wide bipartisan support, the GOP-controlled Senate has not shown much interest in bringing the legislation to a vote.

State Senator Larry Farnese of Philadelphia says the fact that there are only a few days left before the end of the current legislative session is no excuse to keep Senate Bill 42 from getting passed.

Representative Brian Sims of Philadelphia, who is also a member of the LGBT community, says the fact that this issue is still being debated in Harrisburg is nothing short of outrageous.

Sims says, “Lesbian, gay, bisexual, and transgender. Get used to it. There’s a million of us in this state, and we deserve the same rights and the same protections as everybody else.”

Senate Bill 42 was drafted by Senator Jim Ferlo of Pittsburgh, who took the opportunity to formally come out.

“Hundreds of people know I’m gay. I just never made an official declaration. I never felt I had to wear a billboard on my forehead. But I’m gay. Get over it. I love it. It’s a great life,” Ferlo said.