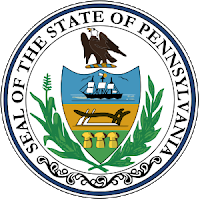 This week in Pennsylvania, Montgomery County Register of Wills Bruce Hanes began to issue marriage licenses to same-sex couples saying he had found three sections of the Pennsylvania Constitution – which guarantee the civil rights of individuals and prevents discrimination based on sex – at odds with the Defense of Marriage Act, which bans same-sex marriage.

The governor’s office has made a statement about the licenses, but not announced whether legal action would be taken:

Gov. Tom Corbett’s administration admonished Hanes’ actions but fell short of declaring any legal action against the licenses or him.

“Individual elected officials cannot pick and choose which laws to enforce,” said Nils Hagen-Frederiksen, a spokesman for Corbett’s Office of General Counsel. “All officials are constitutionally required to administer and enforce the laws that are enacted by the Legislature.”

This is the second time in less than three weeks that an elected official has gone against the oath of office they took when sworn in to publicly defend a stance for gay marriage. While Hanes’ office is at the county level, one of the state’s most prominent public officials, Kathleen Kane, declared she would not defend the state against lawsuits over the legality of a ban on gay marriage.

Frederiksen, in a statement, said the Office of General Counsel believes elected officials should leave the legality of Pennsylvania’s ban on gay marriage to the courts. “Only the courts have the power to declare a law to be unconstitutional and to suspend its effects,” he said.

It should be noted that Hanes is also a lawyer with a solid understanding of law.