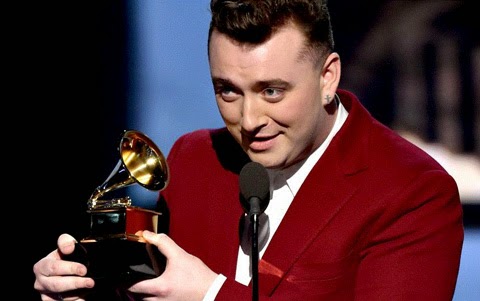 Out singer/songwriter Sam Smith had a great night at the 2015 Grammys winning four major awards for his song “Stay With Me” – Best New Artist, Song of the Year, Record of the Year and Best Pop Vocal Album.

In accepting one of his many awards of the evening, Smith said “Before I made this record I was doing everything to try and get my music heard. I tried to lose weight and I was making awful music. It was only until I started to be myself that the music started to flow and people started to listen.”

A full list of tonight’s winners can be found here.