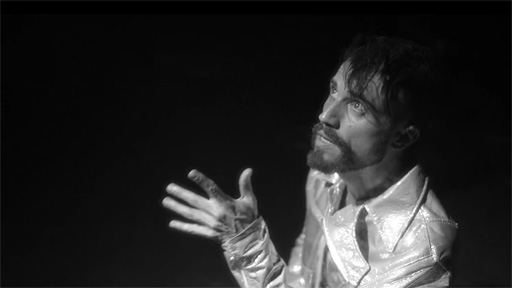 Raised as a Mormon, Glenn came out as gay in a 2014 interview with Rolling Stone and remained steadfast in his faith until last fall, when the Church of Jesus Christ of Latter-day Saints (LDS) announced a new policy identifying those in a same-sex marriage as apostates and prohibiting their children from being blessed or baptized. The announcement threw Glenn into a tailspin. A tailspin which wrought his new album, Excommunication.

Billboard: “I don’t think there’s ever been an album like this.”

Rage: “It’s like listening to the seven stages of the grieving process: Shock/disbelief, denial, bargaining, guilt, anger, depression and acceptance/hope. It’s all there, inviting us to take what we need from it and move forward, just as he did.”

The Salt Lake City Tribune: “Glenn doesn’t just want to throw spiritual struggles in your face — he wants you to dance, too, and the soul-baring lyrics are matched with plenty of stomping ’80s-retro synths and beats that Neon Trees fans will find familiar. Ultimately, the dance floor is the church Glenn thinks everyone should belong to.”

Excommunication is available now on all digital download outlets.