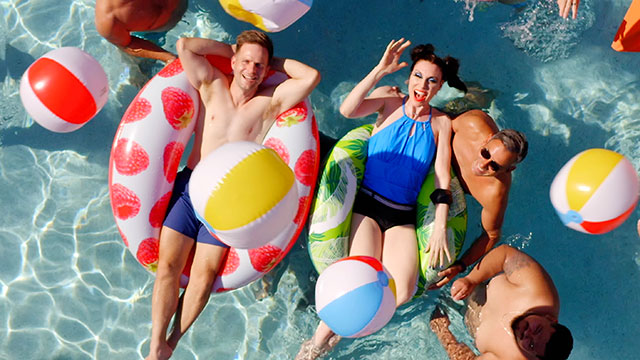 You’ve got to hand it to indie recording star Tom Goss – the man knows a good time when he sees it, and hears it,…and smells it.

The bouncy retro pop bop celebrates friends and enjoying life together wrapped up in a fun B-52s vibe. The bright and colorful music video features dozens of bears frolicking in a sunny, Palm Springs pool setting.

But the trio didn’t stop at “sights and sounds” for their new endeavor. The artists have partnered with Brent Leonesio of SmellBent.com to craft an “Undercover Summer” fragrance! The intoxicating blend of coconut oil, suntan lotion, and a light breeze transports fans into the bikini-clad party!

“I went to Palm Springs to spend the weekend with Deven and Ned,” explains Tom Goss, whose music videos have garnered over 16 million views. “We knew we wanted to write a big, fun, summery track so we went into the studio. Ned immediately locked into the sound with his incredible bass line. The lyrics poured out of Deven and me and the instrumentation started flying from there!” 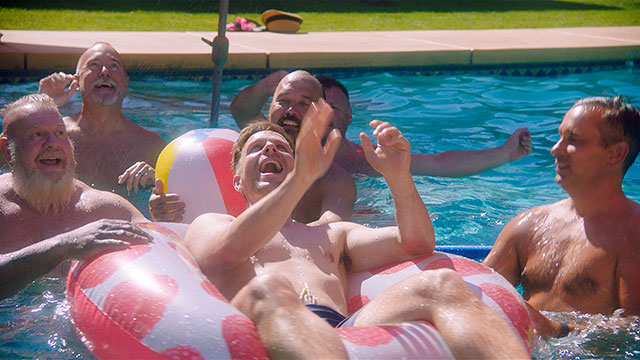 “We shot the ‘Undercover Summer’ video in beautiful Palm Springs,” says Douglas, who has worked with major music artists including Mick Jagger, Stevie Nicks, Ringo Starr, Katy Perry, and No Doubt. “We got all our closest friends to come by and join us in a pool party! No one wanted to leave.”

“After we had created our summertime feast for the ears and eyes, we thought, why do noses always have to miss out on the fun?” continues Deven Green, an award-winning comedy and musical performer. She has performed with the biggest drag queens in the world and appeared as a judge RuPaul’s Drag Race. “With the Undercover Summer fragrance, we can all smell like the season all year round!” 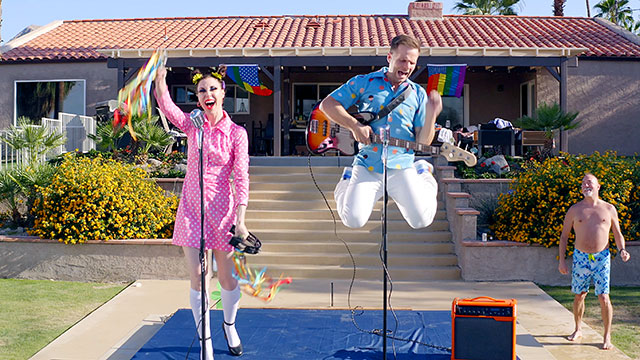 Tom Goss’s “Undercover Summer (featuring Deven Green and Ned Douglas)” is available on iTunes, Spotify, and all major digital platforms. The Undercover Summer scent can be purchased at SmellBent.com.

Hit the play button below for the Palm Springs party pop treat. You can follow Goss on Instagram here and Green on the Gram of Insta here.