Milahroy, one of my favorite musical discoveries of 2020, just released the official music video for his terrific and totally-timely, ‘D.F.O. (Don’t Freak Out)’ featuring theLMNOP.

The infectious synth-pop bop has a hint of 80s new wave and a groove that can’t be denied.

When I interviewed Milahroy last month for his music video ‘Cool,’ I wrote that ‘D.F.O.’ sounds like the Monkees made a hit record with the B-52s in the year 2020. And I mean that with all the pop praise I can muster. The track is a total earworm.

Plus, the sharp-as-a-tack lyrics could not be more spot-on in these wild and crazy times. Our hero here feels like a guy who’s constantly aware of the world around him.

When I asked Milahroy about the story behind the music video, he told me, “The inspiration behind this song and video is fairly simple… DONT FREAK OUT!”

“During stressful situations, it is up to us to decide how we react or respond to the daily stresses of life,” he continued. “When we learn to let go of our fears or surrender to stress we may find it ends up being all in our heads.”

I’m pretty sure this song is going to end up at the very top of my ‘Best Of 2020’ list. After what we’ve gone through this year, what could be more appropriate? 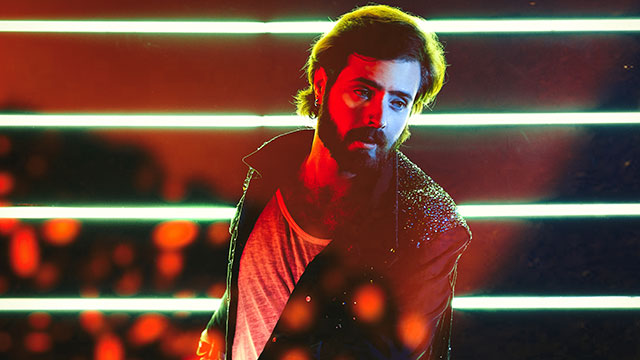 Hit play and enjoy. I swear I played it five times in a row the first time I heard it. Keep your eye (and ear) on this guy. I don’t wanna jinx it, but I have a feeling… 😉

Milahroy has already caught the ear of Hollywood as ‘D.F.O.’ is currently featured in HBO Max’s ‘The Flight Attendant.’

Check out Milahroy’s official website here, for more furry goodness head over to his Instagram here, and stream his music on Spotify here.