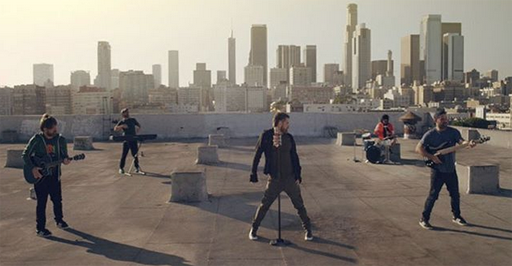 Zarley says he was drawn to cover the Rita Ora tune the first time he heard it. “It’s one of those songs that doesn’t leave your brain – a true worm,” says the award-winning recording artist. “I just loved the way it made me feel and I love the lyrics.”

He decided to record the song as he was putting together a new two-man show with frequent partner in crime, Jeb Havens, called Works of Heart.

“I knew it would fit perfectly in the thematic structure of the show,” he shares. “This song will also be on our album that’s coming out in a few months.” 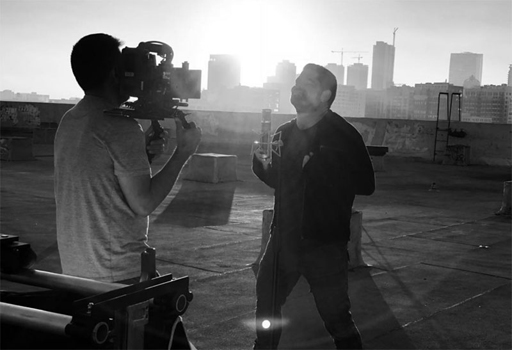 Being a do-it-yourself kinda guy, Zarley not only produced and recorded the song, but he came up with the concept for the video and edited it as well.

And speaking of editing, it doesn’t take long to figure out Zarley’s ‘band members’ in the music video all look a bit … familiar.

“I have always loved the “cloning” effect on film, and I didn’t want to make this particular video narrative heavy and overly sentimental,” says Zarley. “So I opted for this idea instead.”

But it turns out capturing the ‘all-Matt’ band proved a bit challenging.

“It was really tricky, to be honest,” shares Zarley. “All of the shots of each character in the band had to be done with similar sunlight. Since we shot it outside, that made things it a little temperamental and unpredictable.”

“By the time we got all of the band shots, our plan was to get solo shots of each band member,” he explains. “But, the sun was starting to move, so I could only do one take of each band member. It was a little tricky, and a bit hectic, but we got it done.”

This isn’t Zarley’s first experience behind the camera.

In 2015, he wrote, produced and starred in a long-form music video titled Hopeful Romantic, which co-starred everyone’s favorite gay uncle, George Takei. The short was featured at dozens of film festivals winning several awards along the way.

Looking ahead, Zarley shares he’d like to tackle another short film. “I just have to write it first,” he says with a smile.