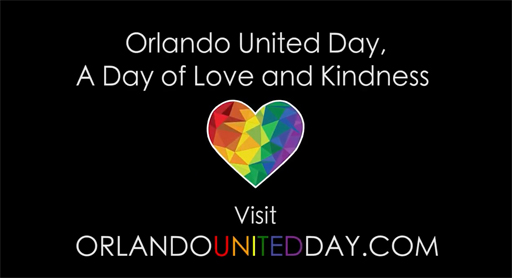 The city of Orlando is planning

Orlando and Orange County officials want the first anniversary next June of the Pulse nightclub massacre to be marked with acts of love and kindness. Elected officials on Monday said that June 12 officially would be dedicated as “Orlando United Day – A Day of Love and Kindness.” Officials also announced a series of events planned throughout the day on June 12.

An exhibit of artwork collected from memorial sites set up around Orlando after the massacre will be shown at the Orange County History Center, followed by a memorial service at the site of the former gay nightclub. Another memorial ceremony will be held in the evening around downtown Orlando’s Lake Eola.

Go to the Orlando United Day website for more details.